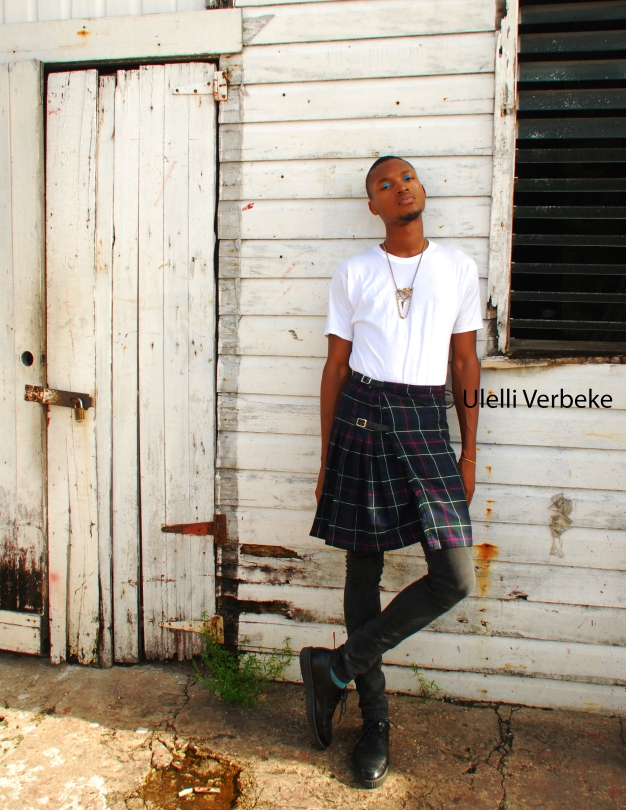 Ulelli Verbeke is an independent photographer who has been working in the area of Human Rights for Lesbian, Gay, Bisexual and Transgender (LGBT) persons for the past five (5) years. She’s a member of the Society Against Sexual Orientation Discrimination (SASOD) – Guyana’s leading LGBT-rights organisation – since 2005. In 2009, she became the first and only lesbian on the SASOD board of trustees and served as co-chair between 2014 and 2017.
Through photography, Ulelli has documented LGBT events hosted by a number of organisations over the years, including the first Caribbean transgender conference hosted by CariFLAGS and CVC in 2009, and ten years of SASOD events.

ARTIST STATEMENT:
“Gender Expression – Out of the Box, is a narrated photographic chronicle of LGBT Caribbean people who counter heteronormativity.
This project records the lived experiences of persons who identify and express themselves outside of the male-female norm, breaking down barriers and expanding boundaries regarding sexual orientations, gender identities and gender expressions.
Out of the Box contains stories of persecution, as well as, wellbeing. Self-advancement opportunities that LGBT persons feel they have gained or been cheated of as a result of their gender identity and expression has been documented. These stories include their experiences accessing health-care, education and employment.
I am working on exhibiting Gender Expression – Out of the Box at home in Guyana and other Caribbean territories, ultimately expanding the knowledge and ideas of diverse sexual orientations, gender identities and expressions within the region.”

Ulelli took some of the photos during the 2016 PRIDE Arts Festival and will continue the project into the future.